It started as an ordinary, mundane morning back in October 2020 but ended up being anything but…

After having some breakfast, I was cruising some of my frequented favorite websites when I stumbled upon an article of interest. The headline read “Buffalo Bill’s House Goes on the Market.” I was immediately intrigued, as my first thought was “Are they talking about Buffalo Bill – from “The Silence of the Lambs”? Upon clicking  the link to the article, my suspicion was correct. I thought, “Dude, how fucking cool is that? The actual house that one of my favorite movies was filmed in!” I was even more surprised to find out it was located in a suburb not too far from Pittsburgh. I actually had no idea “Silence” was filmed almost entirely in that region. After digesting this info, I went about my usual day, but then about two hours later, an epiphany like no other entered my mind with a vengeance! “Man, if I bought Buffalo Bill’s house, I could make it a movie themed destination like no other!” The gears started turning…and turning..and turning. It became an obsession in less than 24 hours. It’s literally all I was thinking about.

I decided to give the realtor a call. After a short chat, I had an appointment that weekend to see Buffalo Bill’s House in the flesh (pun intended!). After a couple hundred miles on the road, I landed. The home was striking and in amazing shape given it was built back in 1910! Walking up to the house, I immediately recognized the famous entrance of the house, where serial killer Buffalo Bill (played by Ted Levine) and Clarice Starling (played by Jodie Foster) meet for the first time. That blew my mind! Upon entering, the interior was even more stunning than the home’s exterior. I found myself standing in the foyer, and made my way through to the dining room, and kitchen, all very recognizable from a number of scenes from “The Silence of the Lambs“. Walking into the basement was a real treat for a horror movie aficionado like myself. Even though I knew the famous “basement well” scene was not shot in the home, it was certainly eerie to be walking around Buffalo Bill’s lair!

Making the long drive home, I had a lot to think about. Could I actually do this? Buy Buffalo Bill’s House? Should I do this? It might border on total recklessness to invest in a home with nothing but a dream about what it could be –  a real movie lover’s dream destination. I’ve always been the kind of guy to roll the dice and say, “What the hell, I’ll give it a shot.” So that’s exactly what I did…I bought Buffalo Bill’s House!

Fast forward to current day. After months and months of hard work learning how to properly open and build a business from the ground up, I am proud to say that Buffalo’s Bill’s House is open for victims (I mean, the public!).

Buffalo Bill’s House is a genuine small business. It is not a part of some corporate machine, just a dream turned into reality, owned and operated by a guy who has had an obsession with horror movies since he was 6 years old. ‘A Nightmare on Elm Street’, ‘Halloween’, ‘Friday the 13th’, ‘Jaws’, ‘The Shining’, ‘The Blob’, ‘Night of the Living Dead’, ‘The Exorcist’…you name it, I watched it repeatedly! (Albeit, maybe a tad too young for my first Exorcist viewing, haha!). My love of horror never wavered and those movies fueled the passion that eventually led to my profession.

After graduating from Marist College with a Communications Degree and a specialty in TV/Film Production, I entered the film & television production industry at the very bottom as a Production Assistant (known as a “PA”). Through hard work and dedication, I made my way into the Art Department, where I learned how to fulfill the aesthetic needs of a shoot.  I am now an Art Director & Prop Stylist, who handles props and set needs for each shoot. My responsibilities include finding and sourcing props for each production, setting everything for the film itself, and maintaining continuity for each sequence. I even got “killed” in an on-screen scene in an independent horror film I worked on! It has been a most rewarding experience and I love what I do for a living. It is a true testament that hard work pays off and to never give up on your dreams.

I’m proud to say that I have also been working with the New York City Horror Film Festival (nychorrorfest.com) since 2004, and have served as the host of the event since 2012. The festival screens horror films from across the globe and at the Horror Fest, I have had the privilege to personally bestow awards upon horror genre icons including Robert Englund (Freddy Krueger from “A Nightmare On Elm Street” series), Rob Zombie (Rock Musician & Director of the 2007 “Halloween” remake and “The Devil’s Rejects”), Adrienne Barbeau (“The Fog,” “Escape from New York,” “Creepshow,” Swamp Thing”),  Tony Todd (“Candyman” and the 1990 remake of “Night of the Living Dead”) and Greg Nicotero (noted Special Effects Artist and Director of “The Walking Dead” TV series).

I genuinely feel that my passion for film, my profession, and a “bigger calling” presented me with the opportunity to purchase Buffalo Bill’s House. As an avid “Silence” and “Buffalo Bill” fan, and with my knowledge of the industry, I have big plans to turn it into a “cinematic destination” complete with the ability to stay, and to conduct tours of the residence for all of the fans. I also have a vision that includes having the “well” and “Buffalo Bill’s workshop” recreated and built on-site as permanent sets, so fans may have the most unique photo opportunities during their visit with mementos that will last them a lifetime! I have so many ideas to preserve the history of the home and share it with the many who love it as much as I do. I hope to see you all soon to enjoy some fava beans and a nice chianti! 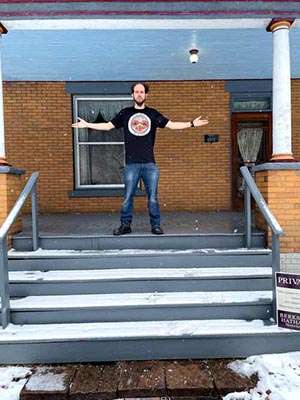 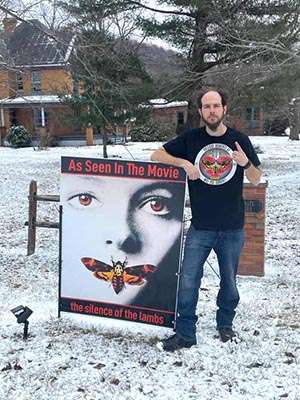 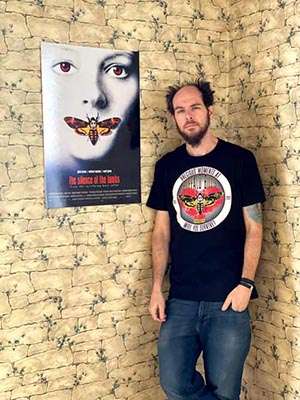 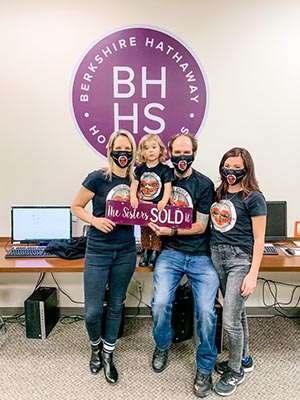 Are you ready to have your own “Precious” moments at Buffalo Bill’s? Book your overnight stay now!

Do you have questions about Buffalo Bill’s House? We would love to hear to hear from you! Contact information is listed below: