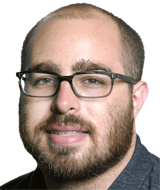 “It rubs the lotion on its skin or else it gets the hose again.”

That famous piece of movie dialogue was uttered by Jame Gumb (Ted Levine), aka serial killer Buffalo Bill, and directed at a terrified Catherine Martin (Brooke Smith) as she’s being held captive at the bottom of a well in 1991’s “The Silence of the Lambs.”

Many scenes from that film were shot at a house in Perryopolis that has since been turned into an overnight stay and tourism experience dubbed, appropriately, Buffalo Bill’s House. 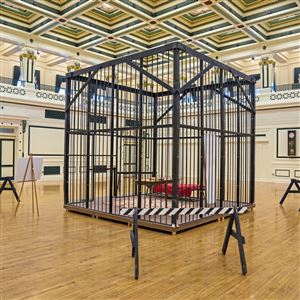 On Tuesday, Buffalo Bill’s House unveiled the latest addition to its workshop of horror in the form of a replica well dug into the house’s former coal cellar. The well was designed by folks with renowned movie makeup artist Tom Savini’s Special Make-Up Effects Program at the Douglas Education Center in Monessen.

“The well is the work of our talented and passionate professionals at the Savini School who spared no attention to detail to re-create a well as much like the one in the film as possible,” Savini said in a press release. “The only discernible difference is you can’t actually keep someone prisoner in this one.”

The well was built using real granite and made to be as authentic to the movie’s well as possible, right down to the bloody finger nail scratches on its wall. Ambiance will be set for guests via audio of dripping water and poor Catherine Martin screaming for help. Patrons are allowed to enter the well, and Buffalo Bill’s House is providing a jumpsuit and curly-haired wig so they can get into character as Catherine for photo opps.

Oh, and the whole scene is completed by a stuffed white poodle in the vein of Jame Gumb’s dog Precious, a bucket full of lotion that can be raised and lowered, and a non-functioning hose in case anyone wants to channel their inner Jame Gumb for a minute or two.

Rowan said in a statement that he hopes “Silence of the Lambs” enthusiasts will flock to this well and “re-create the terrifying scene for themselves.”

“Working with the Tom Savini professionals has been truly inspiring,” he said. “We encourage the fans to come check out what we hope is an unforgettable, unique interactive experience.”

This week also happened to mark the one-year anniversary of when Buffalo Bill’s House opened for overnight lodging. Parties of eight or fewer can book their stays via buffalobillshouse.com. Buffalo Bill’s House is also offering tours of the property on Sept. 23-25 and Oct. 28-30.

Getting a frequent George Romero collaborator like Savini on board to help oversee the construction of this “Silence of the Lambs” replica well adds an extra layer to the already strong Western Pennsylvania horror bona fides inherent to Buffalo Bill’s House.

“This is the type of project our school loves to be part of, paying homage to a film masterpiece like ‘Silence,’” Savini said. “We are very pleased with the outcome and the collaboration with Buffalo Bill’s House.”

Subscribe to our newsletter to stay-up-to-date on the latest news from Buffalo Bill’s House.

Do you have questions about Buffalo Bill’s House? We would love to hear from you! Contact information is listed below: